You might be wanting to start all over in another state. Maybe the recession took its toll, and you are now looking for a cheaper state to move to across the country. If you were considering going Midwest, there are some pretty good reasons for doing so. And Minnesota is the jewel of the Midwest! Renown as the “bread and butter” state, it is filled with gorgeous natural sites and really nice people. Of course, you can’t be too uptight about the weather, as the winter can get quite clingy (or maybe better put – endless) there. But, let’s start with all the reasons for moving to Minnesota! 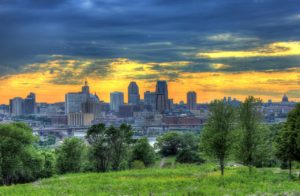 There are plenty of reasons for moving to Minnesota.

The economy is reviving

In the recent years, the trend of people moving out of Minnesota has been overturned by the influx of people moving in. With the unemployment of only 4%, it ranks as the 11th lowest place in the unemployment chart in the US. There are 17 of the Fortune 500 companies in Minnesota, which makes it a nice opportunity for employment. It also prides in many worker-policies, in an effort to keep the high living standard. So far, so good!

Minnesotans are some really nice people 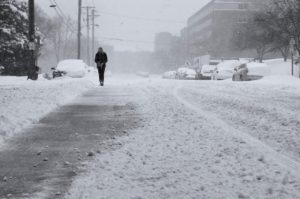 Minnesotans are really nice people and very dedicated to their communities.

“Minnesota nice” is an actual term. Minnesotans keep a good watch on their local culture where people like to look after each other and are deeply rooted in their community. Minnesota is one of those states where people who grew up there like to stay there, so many communities consist of childhood friendships and long-ago formed bonds. But it doesn’t mean you’ll be shunned if you’re an outsider. On the contrary, you can expect to be surrounded with kind and friendly people. Maybe it’s the proximity of Canadians who are notoriously nice, who knows?

Gorgeous nature – a reason more for moving to Minnesota 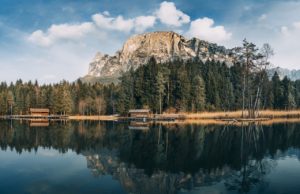 A state of 10,000 lakes has stunning nature and many Minnesotans like the cabin life on the lakes.

Clear fresh water and lots and lots of lakes are a trademark of the Gopher state. There are around 10,000 lakes in Minnesota. If you like sports like canoeing, boating, swimming, and especially fishing and ice fishing, you will have a wonderful time here.

Minnesota also has all four seasons, each gorgeous in its own right. Winters tend to be a bit too cold and too long, but Minnesotans don’t seem to mind. They even boast how cold weather makes them stronger. It’s not unusual to see people in flip-flops out during the freezing weather (especially on university campuses)!

In Minnesota, Cabin Life is an idolized lifestyle. Most of the families own or co-own their own cabin on a lake. Spending vacations and free days at the cabin is a usual thing in Minnesota. During winter, ice-fishing is a favorite pastime. With so many lakes around, it’s no wonder! 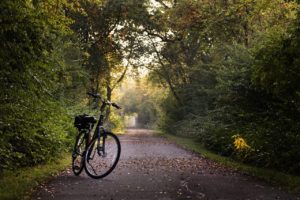 Minnesotans like to have an active life. That’s why the whole state is crisscrossed with bike trails.

Minneapolis has recently been announced the second most bike-friendly city in the US. That speaks volumes for itself. But not only in Minneapolis, you can find some fantastic biking trails all across the state, as well as walking trails.

If you are into outdoor sports – including walking, jogging, and biking, Minnesota will blow your mind with its gorgeous trails crisscrossing the state. Here are some of the best trails Minnesota has to offer. 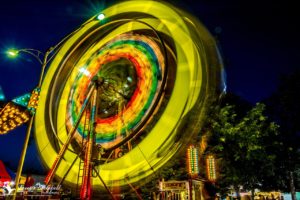 Minnesota State Fair is one of the many fairs and festivals happening in Minnesota, there are plenty more to visit.

The Minnesota State Fair is the giant among fairs going on every year in Minnesota. There were around 1,4 million visitors in 2014 (out of 5,5 million residents). And there are many more, smaller festivals and fairs throughout the state. From June to September, a multitude of county fairs takes place around Minnesota. There is a strong sense of community and empowerment among Minnesotans, who like to cherish their own culture at events like this.

Minimum wage is higher than the federal standard

Although less than in previous years, the minimum wage in Minnesota is (as of January 2018) $7.87, as opposed to the federal standard of $7.25. However, starting from January 2019, the minimum wage will rise to be well over $9 for large employers. There is also the tuition freeze on public higher education, which makes it a good place to study at.

An increasingly diverse state with foreigners moving to Minnesota

In the past, Minnesota was way less diverse than today. Nowadays, there is an increasing number of foreign-born residents every year. The fastest growing group is African-American. It seems that the area around Twin Cities (St. Paul – the capital, and Minneapolis) is attracting more and more young people. Besides the better employment prospects than in the neighboring states, there are other factors to consider, too. Quality of life and living standard are one of the reasons Minnesota is increasingly attractive for newcomers. In general, if you’d want to pick the most diverse state in Midwest, you should be moving to Minnesota.

Minnesota has a 48% population earning an associate degree or higher, which makes it the second most educated state of the Union (right after Massachusetts, which has 51%). Huge investments in the higher education and the already-mentioned tuition freeze, make moving to Minnesota for studying or staying there as an adult ever more attractive.

If you happen to dream about starting a farm, Minnesota has an abundance of farmland in the south. Minnesotans grow beets, wheat, barley, hay, flax, and oats, but their top product is corn. There is also livestock as a huge chunk of Minnesota’s agriculture.

If you are considering moving to any of the Midwestern states, Minnesota seems to be the one on the rise. The minimum wage being higher than in the neighbor states, high living standard, good employment opportunities, and its diversity, all make some great reasons for moving to Minnesota! Of course, moving is never easy. You should carefully weigh all of the pros and cons, and once you’re sure, make a strong plan on how to move. Moving to Minnesota can become reality if you want it to!