Ever since Columbus showed the Europeans this exotic continent, people have been hurling towards new opportunities and challenges. The modern-day US citizens are honored with freedom, entrepreneurial spirit, and landscapes. Those qualities are what makes this country a desirable home to many newcomers. The majority of the country’s big cities are located on the ocean, so you can say it is a coastal nation. Placed between the Atlantic and the Pacific, it has everything – from beaches to mountains and deserts. Nevertheless, most people live in the cities on one of the two shores. Although there are many cities on this outlines, we can single out two biggest representatives of East Coast or West Coast and talk about New York City vs. Los Angeles. If you are thinking about moving this fall to the US, before buying the airplane ticket, think about the similarities and differences between the two. 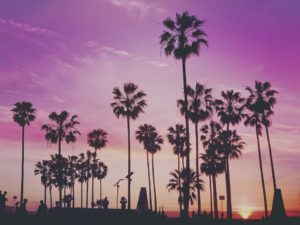 East Coast or West Coast, what is the right choice?

Knowing the US immigration law, it is likely that you are moving to start a specific job that is already chosen. But, let’s imagine for a second that you got a Green Card and the world is your oyster. Well, the US is your oyster in this case. First of all, you have to prepare for the international move. Secondly, you can pick a place on a map. Any place. How do you choose? These are four important aspects when choosing where to relocate in the US:

Depending on your education, work experience, and preferences, you can be more suitable for either East Coast or West Coast. If you want a job on the stock exchange, you should probably move to NYC. If you have years of experience working in the auto industry, then Detroit is perfect for you. On the other hand, if you are working in some field of the beauty industry or software engineering, perhaps the better pick would be the West Coast. Generally, you can probably find a job anywhere, if you are willing to work. Having said that, it is good to have opportunities in the field of your interests.

Whatever you do, don`t lose sight of the costs of living. The West Coast cities have a lower cost of living than New Yorker. Even the most compact of apartments are expensive, due to the fact that older cities on the east coast are usually pretty tightly packed. Also, you shouldn’t forget the cost and possibilities of public transport. East Coast cities have roads clogged with traffic, so people rely on trains, public transport, and taxis to get to work. If you are in the walking distance from your job, you are privileged and lucky you can use your feet, time and money wisely. Folks on the opposite coast most often use their own car along the multi-lane highway. For the nearer locations, they may jump on a bicycle or a skateboard. 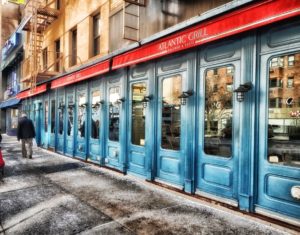 You can’t see snow on the West Coast

When you are choosing between the East Coast or West Coast, the weather can be a big pro or con. It seems like the East Coast has all four of seasons, and the climate on the west is evener. You can be sure that California stays warm year-round. Also, Seattle is famous for the rain and chilly temperatures, so you know what to expect. The east has a calendar filled with seasonal variation. DC and NYC can disappear under snow and blizzard in winter, but then be hot and burning during summer. In between, you can enjoy beautiful spring and autumn, especially in Central Park. We can say that neither the blizzards nor Californian forest fires are great, but every part of the Earth has its virtues and shortcomings.

If you ever feel the need for a change, both coasts offer some options. The west has no shortage of snow-capped mountains you can snowboard on, and Europe is only a six-hour flight away from NYC.

Did you know that LA has around a hundred museums? It is no surprise that NYC has two times more of them. No matter how much you try, you probably won’t visit every one of them. But, that means there is something for everyone. Whether you like history, art, sport, fashion or natural science, whichever you choose, East Coast or West Coast, you will not make a mistake.

When we talk about music and parties, both NYC and LA have a flourishing music scene. Forget about the famous ’90s battle between coasts. Nowadays, many artists are bicoastal. Before a good party, you will need a great dinner, and that is also something both coasts can be proud of. They know their way around creative cuisine, but also have street food in abundance.

When we talk about architecture, we all know there isn’t any more iconic skyline, than the one NYC has to offer. On the other hand, some of the biggest, finest and most expensive houses are located in LA. After all, Hollywood is on the West Coast. 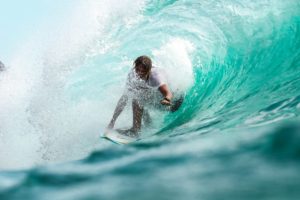 Surfing is always a good idea

This topic is closely connected with the lifestyle you want to live. We all know that America is the land of liberty, where people are free to do almost anything in the pursuit of happiness. Well, there is a difference how they do it on both coasts. People are measurably friendlier and life is a bit slower on the West Coast. Although metropolitan cities are less bothered by eccentricities and weird behavior than smaller towns, there are some differences between the coasts. For example, San Francisco is the world capital of alternative lifestyle. It is home of a hippy movement. The east coasters are more career-oriented, and less in a life celebration mood.

California leads the way in the healthy lifestyle department. That includes eating and getting a lot of exercises. From yoga and jogging to extreme sports like surfing and base jumping, the west coasters do it all. They have a great number of vegan and vegetarian restaurants, and they are much healthier than people on the other coast. Maybe it is due to the number of sunny days, who knows? Even their health insurance premiums are lower. NYC, on the other hand, is famous for high fashion in shows as well as on the streets. People from Cali are more relaxed on the streets and LA is all bright colors, bikinis, and bling. Before you introduce yourself to a new neighborhood think of the lifestyle you want to live and you will know whether the East Coast or the West Coast is the right choice for you.