Moving to Toronto and very excited? Congratulations, it’s a great news! Toronto is an amazing city to live in for so many reasons. With almost 3 million people and 5.5 residents in the metropolitan area, it’s the fourth biggest city in North America, a place with great work opportunities, very family-friendly and much more. But as always, moving to a new city may bring some restless worry and tension. To avoid such feelings learn more about what to expect after you’ve moved to this city. 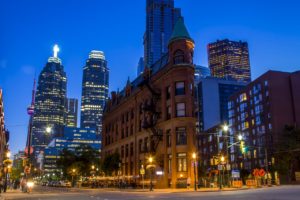 Toronto is considered to be a very safe city.

Toronto is considered to be one of the safest big cities in the world, so you’ll be fine with it even if you’re moving from a small city. You can walk around downtown at nighttime with no problem. However, there are certain parts of the city to avoid and you still need to take some normal precautions, such as locking up your car or bike.

Did you know that half of the city’s population was born outside of Canada? One of the most attractive features of the city is this super-multicultural environment. So if you want to learn more about the world and about different cultures and perspectives, moving to Toronto is a great opportunity.

The most widespread language is English, but you’ll get to hear many others as well, such as French, Spanish, Urdu, Russian, Bengali and many more. You’ll also come across Little Italy, Little Portugal, Little India, Greektown and some more neighborhoods with particular cultural flavors.

The food scene is amazing

There are many great restaurants and various cuisines around the city, but that’s something you’d expect considering all the different cultures in Toronto. Keep in mind though that you’ll be expected to tip a bit more than usual, meaning 18% normally and 20% if it’s a great service. Another big thing about moving to Toronto is that you’ll never run out of your favorite Starbucks drink. Wherever you go, you’ll find a Starbucks cafe and even if you try, it will be extremely hard to avoid it. 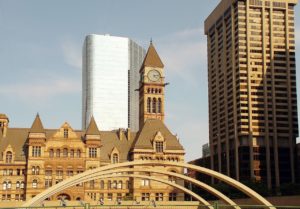 Moving to Toronto is going to be a great new chapter in your life.

Toronto is actually not that expensive…

This is especially true if you know where to go. But even without that, Toronto comes across as not so expensive when compared with some other big cities in the world. New York, London, Los Angeles, Paris and Sidney restaurants are all more expensive than those in Toronto and the same goes for groceries. Dubai restaurants on the other hand charge more or less the same as those in Toronto and groceries are a bit cheaper.

To shop cheaper, look for large supermarkets, such as Loblaws, Metro, and No Frills. To go organic and buy fresh products, head to Whole Foods Market and Noah’s Natural Foods. Finally, you should check Kensington Market and St. Lawrence market if you’re into that kind of shopping and places.

… but beware of housing costs in the city

Yes, Toronto is not that expensive overall, but there’s an exception to it and it’s buying a house. There’s no other way to put it: it takes a fortune to buy a house in Toronto. It’s a great place to live and that inevitably affects the real estate market. However, you can still look into condos and rentals when moving to Toronto.

Not every apartment or rental space accepts dogs, but most of them do. And most people and places are dog-friendly.

There’s a good system of cycle lanes in Toronto and cycling is a great thing over there. Having a car in this city is a totally different story.

Don’t get this wrong, you can choose to drive a car in Toronto, but be prepared for high parking fees and a lot of parking tickets. Car sharing is recommended if you want to save money and taxis can sometimes cost less than driving your own car, especially if you need to park for long hours. You can also pretty much rely on public transportation. It’s not the best one in the world, but it covers 1200 km around the city and is reasonably priced. It does get crowded as many people work in downtown, but it’s manageable. Residents sometimes claim the Toronto traffic is one of the worst in North America, but then again – which big city residents do not say so?

Having a car in Toronto is not so simple due to one more reason. If you’re moving from somewhere else in Canada, you Canadian license will be valid for 60 days only and after that, you’ll need to apply for your Ontario driving license. If you’re moving from another country, you may be able to exchange the license you already have for the local one without taking another driving test, but that depends on which country you’re coming from. Another thing to consider would be to get your International Driving Permit (IDP) while you’re still in your home country. That license is valid for 12 months. 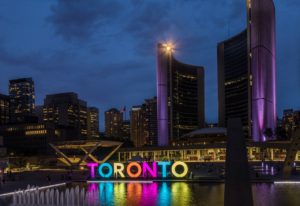 Toronto is not that expensive – unless we’re talking housing.

Toronto weather is not that bad, residents (sometimes) claim

The Toronto weather actually means four seasons, even though you’ve probably heard the most about the infamous winter. However, residents say it’s not that bad, you just need to get used to it and “have the right mindset” (whatever that means). Yet, when the summer comes, there are so many events around the city and you can even go to the beach. It’s miles long, with many volleyball courts and a cycling trail.

The film industry in the city employs 28,000 people and generates more than $1 billion annually. Even Meghan Markle lived there while filming Suits, remember? And let’s not forget the Toronto International Film Festival (TIFF), a great event that takes place every September.

… and also if you’re into startups and tech

Did you know that Toronto is one of the biggest tech hubs in the world? There are more than 2,000 tech startups in the city and many tech professionals and entrepreneurs call Toronto their home. If you want to work in this industry, Toronto might be a great place for you. And, moving to Toronto is quite easy if you book long distance moving services with the right company.

It’s not that difficult to move to Toronto

Whether you’re moving alone or with your family, check out High Level Movers Toronto and let them help you when moving to the city.

Tags: Moving is not so hard, Moving tips, Prepare for moving, relocation