You don’t have to investigate much to find out why people, as well as families with children, are moving to DFW (Dallas-Fort Worth Metropolitan Area). In general, The Lone Star state is prospering in late years and all of its big cities like Houston, San Antonio, and Austin, along with Dallas, are booming. The population of Texas has increased by about 11% between 2010 and 2016. Because of well-paid jobs and relatively low costs of living, people are coming to live in Texas. Moving to the DFW area with kids is even more attractive because of highly-rated schools and a top-quality educational system.

This metropolitan area is really big. Since this is Texas, that sounds completely normal. For example, the Dallas/Fort Worth International Airport (DFW) is bigger than Manhattan. By population, it is just behind Chicago, Los Angeles, and New York. To make a mental note once again, the DFW area is big.

With all this economic growth, the cultural boom is there as well, new restaurants are popping everywhere downtown. The pros and cons of moving into such a big metropolis are usually dependent on your perspective.

Search for the best one in such a big place can be a nightmare. Firstly, you should calculate your DFW relocation costs. DFW area is filled with A+ neighborhoods, “M Streets” is most popular among young couples. It is close to downtown Dallas and its main street is filled with interesting shops and restaurants. Others that are good to consider are Colleyville and Grapevine. The first one because of smart development and the ability to deal with crime, while the other has a good school system and of course, lots of wineries, like the name suggests.

Others worth mentioning are: 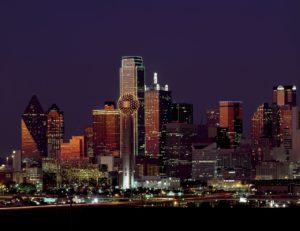 Downtown Dallas is booming and has a lot of amenities.

The cost of housing in the DFW area is steadily increasing, the median price of a household is around 275.000$. Renting here is much more affordable than in LA, Boston or New York. The range is from 1200$ to 1500$ depending on where you are renting and how large is the place which you like.

Traffic is an issue

On average one of the longest commutes is reserved for Dallas, which is expected when you consider how big it is. DFW area is car-happy and that relates to one of the most congested highways. You will be spending almost an hour in your car daily.

Public transportation consists of the DART (Dallas Area Rapid Transit) and The Trinity Railway Express (TRE). The DART system has 72 miles of light rail and 120 bus lines. It is under constant criticism that it is difficult to navigate so it may be tricky for newcomers. The TRE connects Fort Worth and downtown Dallas and has stops in most the neighborhoods, called Mid-cities.

If you are trying to hire movers and move here to avoid taxes you are out of luck. Although there are no income taxes, there are property and sales taxes.

The job market is the fastest growing in the USA. The median income for households is just above 53.000$. The market is steady and job growth is constant along with salaries that remain competitive. Generally, Texas has a number of cities that are booming.

The city has a wide variety of education options. With many people coming to live in the DFW area, the education system is one of the fastest-growing in the country. From public to private schools, to foreign schools for ex-pats, there is everything. And numbers are confirming it, 377 public schools and 414 private schools.

In addition to all that, moving to the DFW area with kids is going to be much harder if you don’t use the services of professional movers like evolutionmovingdfw.com.

Things to do after moving to the DFW area with kids

Moving to the DFW area with kids means road trips. Road trips are maybe the best way to bond with family members. Up to three hours away you have so many places to visit that are kid-friendly that you won’t be running out of places where to go for years to come. Visit one of DFW’s many lakes:  Eagle Mountain Lake, Lake Granbury, Grapevine Lake, Lake Lewisville, Lake Worth, Benbrook Lake, or Lake Ray Roberts just to name a few.

The good thing to do before even start touring is to buy Dallas City Pass. It will allow you to visit Top 4 Dallas attractions for a lower price and thus, save some money.

Dallas Zoo and Perot Museum are obvious choices for children. But if your kids are a bit older and interested in history than a place of JFK’s assignation and Presidential museum are also very interesting.

List of Museums that are available for visits is really long so let’s start immediately: 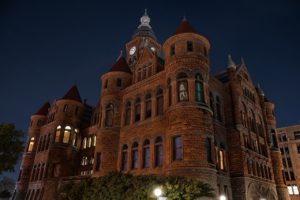 Although your kids might not agree, culture is much more important than entertainment.

Things that have to do with flora and fauna:

Moving to DFW area as a family is a great idea, as you can see, you have many places where you can take your kids. Not all are the same which adds to its diversity, there is something for everybody.  All the best and happy moving.