Do you have a relocation to Kuwait in the cards? We’re not surprised – these days, many people consider moving to Kuwait, even from far-away places such as the US. After all, this is one of the most developed nations in the entire Persian Gulf area. So, any expats who look for basing their careers in this region will naturally find it a suitable destination. Plus, if you want to get to know the Arab culture and way of life a little bit better, there’s no environment that will offer you such a high living standard. With that in mind, we’ve decided to give you a couple of very useful tips, which people who move to Kuwait need to do it successfully. We’ve got your back right here!

Moving to Kuwait for work

When you take a look at the transport industry in Kuwait; you’ll find that moving and shipping is one of the fastest-growing industries in the region. But why is that, precisely? Why do people decide on moving to Kuwait, for starters? Well, if you take a look at the way of life here, you’ll notice one crucial aspect – the living standards here are incredibly high. And if you’ve got the expertise to find work in the oil industry, with the right qualifications; you can truly earn some real money here. The entire region is a good place for such workers, but Kuwait is a particularly exceptional choice. So, start looking for movers such as easymovekw.com to relocate you here quickly! Plenty of work opportunities and more than decent salaries await you! 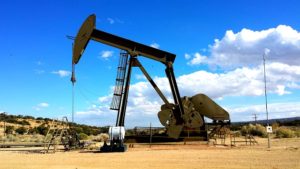 The transport industry here is an extremely important part of the local economy. When you take a look at the geographical location of Kuwait; you’ll find that it’s actually a lynchpin of the entire international chain of commerce. That’s why local transport companies thrive and grow almost exponentially. And we’re telling you about all of this because we know how important it is to find a job before moving anywhere. So, if you’re thinking about moving to Kuwait, don’t worry – landing work here shouldn’t be difficult at all. The local government routinely makes huge investments in both local schooling and infrastructure projects. So, the economic outlook here looks pretty bright for the future as well!

As you can see, moving to Kuwait is a pretty great idea, at least from a purely business point of view. But before you start looking for professional international moving companies in the area; there are other practicalities to consider as well. For one – think about the visa process that you need to go through before actually entering Kuwait. So, do you even need a visa to come here? For most people, the answer is definitely ‘yes’. There are only five nations out there which are exempt from the visa process in Kuwait: Bahrain, Saudi Arabia, Oman, Qatar, and the UAE. With that in mind, if you’re not moving to Kuwait from here; expect to go through a lengthier immigration process. Don’t worry, though – there are still quite a few countries that can enter Kuwait more easily than others. 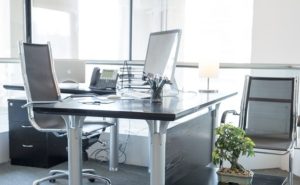 Getting a visa and finding work here is not that difficult!

In fact, Kuwait has an online visa application form for citizens of over 50 countries. And some of these can even just simply obtain a visa right upon arrival. Conversely, citizens of other nations will need to make a visit to their local Kuwait consulate or embassy in order to obtain a visa and enter the country. Though, remember one thing – all of this is just something you need to actually travel to Kuwait; preferably to check out what it’s like before actually moving here. But when we talk about the actual relocation, you’ll need additional papers. Namely, a guarantee from a local sponsor, which is either a company based in Kuwait or a trustworthy individual. But don’t worry, this isn’t such a drag at all. This type of permit is actually quite easy to get a hold of.

Other details on Kuwait

Before you decide on moving to Kuwait, as we’ve already mentioned; you definitely want to learn as much about the nation as you can. And apart from everything we’ve generally mentioned above, you’ll certainly become familiar with a host of other details as well. Don’t worry – for someone moving out of Kansas or Nebraska and coming here, things may seem quite strange at first. But we’re here to tell you about all the most important facets of living in Kuwait! 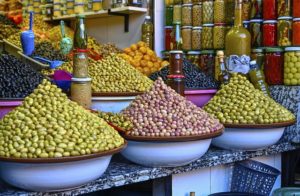 Kuwait has plenty of interesting things you can see and try!

First of all, regardless of where you relocate, you’ll obviously want to learn everything there is to know about the local transport infrastructure. And in Kuwait, the word of the day is – driving. Around here, everyone has a car of their own and drives everywhere. Not only are distances big enough that you really don’t want to walk in such a heat; but the awesomely approachable gas prices are there to make sure you can always afford to drive anywhere. Beyond the basic expenses of purchasing a car – you’ve got nothing to worry about. After all, Kuwait is quite rich in oil, so the prices on gas are extremely low.

Alcohol is not legal

Also, you should know something straight away; Kuwait is not exactly the place for passionate drinkers. Let’s just say that you won’t have too much fun here, as alcohol is not legal in the country. Naturally, there are many people who won’t find this as too much of an issue. But if you have a regular drink as a part of your daily routine, you should definitely think twice about moving to Kuwait.