More and more people are moving to New York at a more mature age, deciding to retire in some of its neighborhoods. If you are thinking of leaving the suburbs for a life in a big city and never looking back, you are in the right place to explore your options. You have probably worked a full-time job, raised a family and got lost in it all, but now is time for you to sit back and relax and get to know all about the best New York City neighborhoods for retirees.

When you live in an apartment, there are no more responsibilities such as shoveling the snow and watering the flowers. You can finally spend time with your grandkids without thinking about things like that. And if you think that living in New York City will be like a fountain of youth, you are not wrong. There is something for everyone. You will enjoy all of the entertainment, culture, the symphony, the off-Broadway shows. There is anything that anyone could ever imagine. It is limitless.

How to pick best New York City neighborhoods for retirees?

If affordability plays a big factor in your decision, make sure to research your options. It doesn’t have to be as expensive as it sounds. Most of the retirees tend to sell their homes and rent an apartment in NYC because having that kind of liquidity comes in handy. You can also save some money by hiring cheap New York movers, instead of throwing it all away before the journey even begun. Don’t give up just yet!

All these factors beg the question – what are the best NYC neighborhoods for you and your lifestyle? We have explored all of the options and came up with a list of places that might fit your needs. In order to 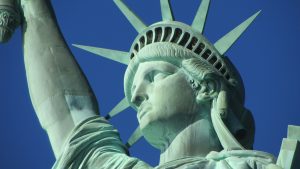 Any of the neighborhoods below will be a great choice for your move.

meet all of your criteria, we scored the entire city for crime, desirability, and financial factors, in addition to health care and the ease of getting around on foot.

Here is a list of the best NYC neighborhoods:

The Upper East Side is one of the best New York City neighborhoods for retirees. It is often described as a “suburb within the city”. The Upper East Side moves slower than the rest of Manhattan and offers spacious yet affordable living. Given the close proximity to the 4, 5 and 6 trains, retirees can feel safe to comfortably walk around their neighborhood.

Elegant buildings dot the quiet streets, with so many iconic institutions within walking distance. Retirees who double as architecture enthusiasts will want to take a leisurely stroll down historic sites and fantastic museums. Almost every block has something to keep you entertained, including libraries, theaters, family restaurants and great shops.  Only a few neighborhoods provide safety (crime rate is 71% lower than the national average) and attractions quite like the Upper East Side. It is no surprise this is one of the most favorite areas to retire.

Hell’s Kitchen used to be one of the roughest parts of the town, but today it is now one of the safest neighborhoods in the New York City. Most buildings are lower ‘walk-in’ apartments below six stores. The renting prices are rising rapidly, but it still offers affordable housing to seniors. It is a melting pot of cultures, arts, and flavors and one of the best New York City neighborhoods for retirees. Central Park, Theater District and Times Square lie just a few blocks away! This inspirational neighborhood houses some of the best art galleries and theaters. Also, Huston park is a great space to bike or walk along the river.

Being a hub for ethnic and international food, the dining in Hell’s Kitchen is anything but conventional. You will be tripping over the choices – Russian, Italian, Mediterranean, French, Thai… the list goes on. This is a neighborhood that thrives on its diversity. It is an ever-changing grid of true city life.  The neighborhood will evolve before your eyes, while still retaining its old-world one of a kind character.

As its previous two contenders, Muray Hills grants enormous sanctuary given the low crime rate. That being coupled with the close proximity to cultural landmarks and world-class health centers, makes Murray Hill a desirable location for retirees. The neighborhood has the Grand Central Station within, meaning that you’ll have the Empire State Building and the Chrysler Building just around the corner. It is one of the most affordable neighborhoods in Midtown and its residences are modern and well maintained (if architecturally middling). This area also has a more down-to-earth residential feel, making it a better option for retirees who want the city landscape without the crowds and noise. All that makes it one of the best New York City neighborhoods for retirees. 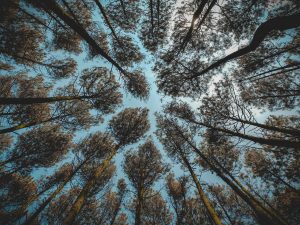 You like outdoors? The best New York City neighborhoods for retirees can offer that.

When you walk around Park Slope, you can feel the history of the city. This Brooklyn neighborhood has long been a desirable destination for retirement. It remains one of the most expensive and popular locations in all of NYC for a reason. The subway connection is superb. Prospect Park is such a jewel. It is much less manicured and smaller than the Central Park, but it is still very beautiful. It is dynamic, diverse and casual. You would be wise to make Park Slope your home if you desire beautiful green space, quality culture and most importantly, safety.

Despite its proximity to the Financial District, Battery Park City feels removed from the hustle and bustle of Lower Manhattan, and that is the reason why it is loved. As peaceful, safe, and conveniently located as Tribeca, this area would be a great choice.  There’s a sense of calm, from the laid-back attitude of homeowners to the serene stillness of the parks and public spaces. Battery Park City offers the chance to be alone with just your thoughts and the spacious expanse of the water before you, a rare commodity in New York. There is a ton of beautiful green parks, that are mostly dog-friendly. A succession of small shops, stalls, craftsman, and artist have made the park a peaceful haven.

One of the best New York City neighborhoods for retirees offers amazing views of Lady Liberty and the Hudson. This area lawns are dotted with beautiful monuments.  The activities and engaging nature of the community is anything but a boring. The park is the perfect respite for nature-loving retirees. And, if you are a retiree who loves staying busy – this is the right place for you. Finally, this desirable and safe retiree location is a great example of the diversity and options afforded to retirees who are looking to find an entertaining neighborhood to make into a home.