Right in between California and Utah comes the state of Nevada, with various best cities to raise a family. As it happens, it is largely known as the biggest gold producing state in the United States. Meanwhile, it ranks second in the world, right behind South Africa. To most people around the globe, Las Vegas is known as the most popular city in Nevada. If you are thinking of moving to the state of Nevada, that’s great! Throughout the text, we are going to evaluate and discuss the best cities in Nevada to raise a family. Hopefully, you will eventually make the right choice.

Best Cities in Nevada to raise a family – Where to Start?

Someone says Nevada, and right away we think of Las Vegas. There’s a start. Although fairly popular and internationally known, Las Vegas is a fast-paced, bright and expensive city.

Las Vegas comes to our minds immediately as soon as somebody mentions Nevada.

Furthermore, however, there are other places that deserve just as much attention if you are considering living in Nevada. Some of the best cities in Nevada to be at while raising a family include:

These five cities listed above are recommended by many as great places to move to and raise a family. With lots to see and explore, and a solid school system, these cities made it at the top of the list of best cities in Nevada to raise a family.

What makes a city a good place to raise a family? Most of the time we take into consideration crime rates, cost of living, family-friendly amenities and public schooling. Once these categories are analyzed and findings are established, we can come to a unanimous conclusion and provide beneficial advice for people looking to move to Nevada. 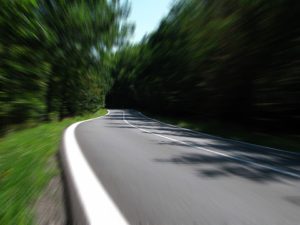 Start planning and organizing your move ahead of time for guaranteed success.

If you are the type of person that loves being surrounded by nature, then Incline Village is the place for you and your family. It is located on the North Shore of Lake Tahoe, and it is definitely one of the most beautiful cities and among the best cities in Nevada to raise a family. Lots of outdoor activities, greenery and mountains and so much space to stay active. What’s also great about it, is that Reno is less than an hour away so you can quickly get to a bigger city if need be.

Moving anywhere in Boulder City is easy! With low crime rates, prohibited gambling and a good public school system, it already seems like a promising place to raise a family. In addition, it does have the official ranking of being one of the safest places in Nevada. Boulder city is very close to Las Vegas, and it still has a variety of things for everyone to do and explore. Whether you want to venture outdoors, learn more about the history, or explore the city itself, Boulder City has it all.

What makes the city of Elko so appealing to families is the climate and overall cost of living. Expenses are lower than the median of the country’s cost of living while offering some of the best amenities out there. Raising a family in Elko is recommended as the communities are clean and safe.

Here we have the town of Summerlin, a little more expensive than the other cities, however much newer as well. In addition to its public school system, Summerlin also has some highly ranked private schools. With so many options, your kids will undoubtedly have more than a few options for a good education. As a larger community within Las Vegas, it does give Vegas a different appeal altogether.

Others may know this place as a “City of Promise“. Sparks does seem to have much promise as the school system ranks very high. Although the cost of living might be pricier than the average, it is in close distance to Reno yet housing is more affordable. In addition to cheaper real estate, the numerous parks throughout the city add a certain charm to it as well.

With a little bit of background info and a few facts here and there about what we think are the best cities in Nevada to raise a family, hopefully, this makes your decision-making a little easier. As each and every one of these cities has its own perks and charms, they are all very well rated.

Nevada itself is already a great choice for a new home. Whether you choose Incline Village, Boulder City, City of Elko, Summerlin or Sparks, you should know that each is a smart choice. In general, it simply depends on where you see yourself more and where you want your kids to grow up. Perhaps, if you have a chance, do a little more research into all these areas by visiting prior to your move. Seeing all these cities up and close might give you a better visual sense as to where you can see yourself in the future.

Whichever city you choose, at least you can know that there is plenty of nature to see and discover.

Once you have chosen the place to where you will move to, it is time to organize your relocation at once. It is advised to do this well before the moving date so that you can organize it on time. In addition, for a swift and simple move, get in touch with professional movers like Triple 7 Movers to schedule your relocation and ensure its success. Booking your relocation ahead of time is very important as it will allow you to have a hassle-free move without the stress.

Conclusion on the best cities in Nevada to raise a family

All in all, moving, in general, is a big step. Ensure that you do the proper research beforehand and find professional movers to help you with this endeavor. Writing down the pros and cons of all ideas will help put things in perspective. Also, don’t overanalyze, but simply go with your gut. Whichever choice you end up going with, it won’t be the wrong one. What’s great about moving to Nevada is that you have multiple options at your table. Some of the best cities are awaiting, and before you know it you and your family will be residents in one. Happy moving!