Lots of people have been moving to Seattle, Washington in the recent history. Of course, that didn’t happen for no reason. You may have heard about Seattle’s rains, and how poetic they are. In reality, however, it doesn’t actually rain more often (or more poetic) in Seattle than in plenty of other cities in the USA. So, why are people really moving to Seattle?

To someone who is not intimately familiar with the Emerald City (nicknamed after the gorgeous evergreen woods that can be found the area), the first thing that makes moving to Seattle appealing is culture-related. This is a city that gave birth to grunge music, after all. What is the culture surrounding the place where such an important musical movement took place? What is that specific aura that had made Kurt Cobain (from “Nirvana”), Eddie Vedder (“Pearl Jam”), or Jerry Cantrell (“Alice in Chains”) what they are/were?

After you’ve hired the services of a reliable moving company, such as dormroommovers.com, and have been living in Seattle for a slightly longer period of time, you begin to surmise the reasons. And they are, actually, connected with the rain. The combination of urban centers mixed with lush nature, the frequent rain, and a strong affinity toward culture and almost academic way of thinking, together create a specific atmosphere (that, depending on the mood, could indeed be described as “grungy”). If this sounds like your cup of tea, you’ll definitely see the benefits of moving to Seattle. 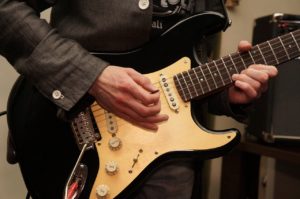 After moving to Seattle, you might suddenly get an urge to play the guitar.

Jobs & the cost of living in Seattle

However, while culture is important, there are more important things still. Namely, what can you do after moving to Seattle in order to “bring home the bacon”? What jobs are to be had in Seattle?

Some important companies dealing with technology have their offices in Seattle. If you are an IT professional (or a very skilled enthusiast), you could try getting a job at such powerful companies as Amazon, Weyerhaeuser, and Nordstrom. Industrial companies, that have been the major force behind Seattle’s economy back in the day, are still thriving, and the healthcare industry is also highly-developed in Seattle.

If none of these jobs work for you, but you very much want to move to Seattle (we can definitely understand that), don’t worry. Other jobs are to be had as well. However, as the cost of living is rather high in this beautiful city, it’s a good idea to move here with some money saved. Unless you already have a solid job opportunity, hopefully, you won’t have to stretch your budget when moving to Seattle. 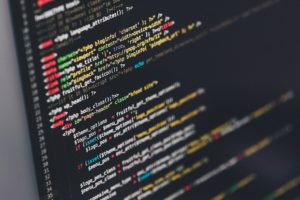 If you are good at coding, there’s a good chance you’ll get a job in Seattle easily.

Lots of opportunities to have fun and explore different fields

Meeting new people after you move to Seattle shouldn’t be hard if you are a good fit for this city. Before moving there, it will most likely be useful to visit Seattle and check out this specific vibe by yourself. And while you are doing so, you can also see what makes Seattle a rather fun city to live in.

You can, for example, enjoy all sorts of outdoor games and activities. No matter what you like, from chilling at the beach to skiing – Seattle has it! And the same goes for other ways to pass the time as well. The art scene is thriving, and all sorts of different aesthetic sensibilities will be satisfied there. No matter what’s your hobby, you’ll certainly find something for yourself in the Emerald City.