Toronto is the capital of Ontario, the east-central province of Canada, that’s on the border with the United States. It’s also one of the most famous cities in the world. Not only that, but it’s also one of the most multicultural cities in Canada since almost half of the population are actually minorities. Other than being a cultural center, it’s also the third city in North America when it comes to cinema and screen production. So it’s reasonable that you want to know what to expect when moving to Toronto, and we can help you with that.

Most people moving to Toronto are interested in the rental market. Without beating around the bush, Toronto is the most expensive city in Canada. And that’s not only as one of the most expensive cities to rent in, but also by the cost of living. So, it might not be enough to stretch your budget when moving. For example, according to official sources, a studio apartment is around 730 USD per month. However, unofficial sources report a bit higher price. And buying a house will cost you around 1 million USD. 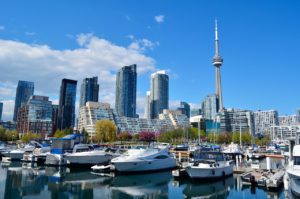 Toronto is beautiful, but it can be a bit pricey.

As usual, summer moves are popular in Toronto, too. This is the time of the year when there’s high demand for housing, so you might want to consider some other time of the year. Use the less competitive market and hire professionals like Number 1 Movers Hamilton Ontario and book them for the off-season. However, if you don’t get to choose, this shouldn’t stop you from finding a perfect new place.

Bad public transportation is what most people expect when moving to Toronto. However, it’s actually quite good. It’s definitely not the best one in the world, but it works for Toronto. Yes, it is a bit late and you can expect it to get crowded, but that’s usually the case in big cities. Also, a monthly pass is not too expensive and the public transportation system covers around 1200 kilometers.

Even though it’s the fourth biggest city in North America, Toronto is also one of the safest cities in the world. That’s the reason to not be worried when walking downtown at night. However, there are certain areas where you shouldn’t go, so be careful. Also, be sure to lock up your bike, because they do get stolen.

Toronto is a very dog-friendly city

You can expect a very dog-friendly place when you arrive here. However, there are still some apartments or houses with no-dogs policy, but that’s usually an exception. Other than that, your pet would be well accepted here. So, if you’re a dog person, and you’re from Canada, Burlington has moving experts you can trust. Hire them when you’re moving to Toronto. You’ll save a lot of time and nerves, and your doggie will grateful for that.

There are officially around 140 neighborhoods in Toronto. But, there are also around one hundred unofficial neighborhoods as well. And they are all grouped in six boroughs: Old Toronto, North York, East York, York, Etobicoke, and Scarborough. If you’re moving with children, search for a neighborhood with good schools nearby. So, if you want to know which one of 140 or 240 neighborhoods is for you, you might want to consider doing extensive research. That way, you’ll find the best neighborhood according to your needs.

Longer and colder winters are what you can expect after moving to Toronto. Although there are four seasons here, and each one is very noticeable, newcomers usually notice cold winters first. However, there are warm jackets to get you through. And you can also do a bunch of sports and activities in winter. But, pay attention to this if you’re moving in winter.

Winter’s not the only season Toronto is known for. During the summer, there are a lot of activities on the beaches, like playing volleyball, sunbathing, cycling or rollerblading alongside the beach. And if you like small beaches, you can take the ferry to Ward’s Island and on the north end of it, you’ll find one right there. Also, there’s a nudist beach in Toronto, if that’s what you like. 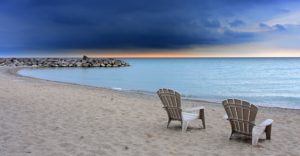 Beaches in Toronto offer a number of activities.

Moving from the United States

There are certain cultural differences that people moving from the United States experience. For example, people here use British English for writing. For Americans, it might seem like some words are actually misspelled, but they’re not. Also, there are legal differences as well. For example, smoking in public places is not allowed. Also, the freedom to bear arms is more restricted in Canada.

What else to expect when moving to Toronto?

There are things that people who move here notice immediately. But, there are some things that require time to get your attention:

There’s a huge parade in Toronto during the Caribana festival.

Toronto is truly an interesting city to live in. If all of this is not enough, there’s an annual parade in Toronto, called Caribana. It’s the largest single-day parade in the entire North America. So, what to expect when moving to Toronto? Expect to celebrate, but not only on that one day of the year. If you fall in love with this city, each day will be a reason to celebrate. So, what do you think?